Geography question: which Dutch city forms the water connection between the ports of Amsterdam and Rotterdam? Answer: Nieuwegein. The Prinses Beatrix Lock, the main hub between both ports, is located in the Municipality of Utrecht. Second question: how do you get a lock door weighing half a million kilograms moving? Answer: with thirty running meters of distribution boards. 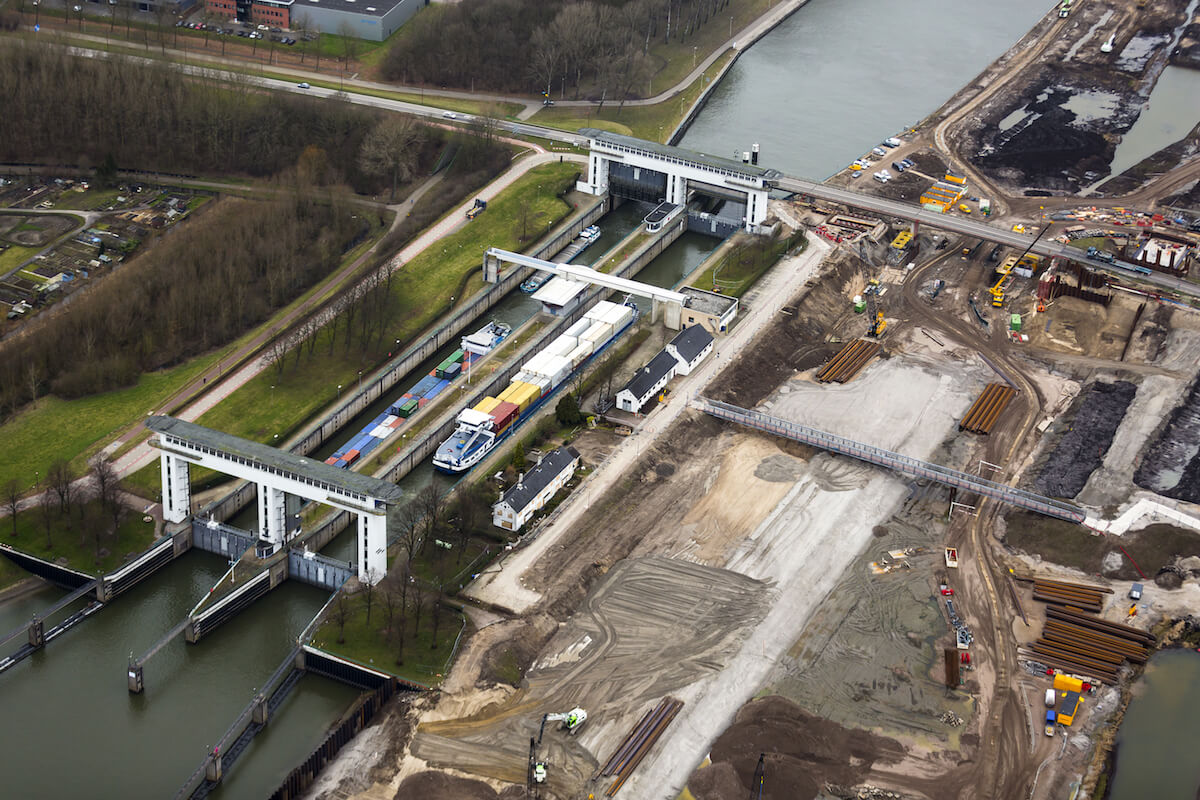 The Prinses Beatrix Lock bridges the difference in height between the Amsterdam-Rhine Canal and the Lek Canal. Every day, approximately 125 cargo ships pass through it. And the freight traffic is only increasing in quantity and scale. This is why the two existing locks have been widened and joined by a third.

“It was up to us to make the distribution boards for the lock complex on behalf of Agidens,” explains Alejandro. “Both as a replacement for the existing installations and for the new lock to be built – all capacities above 1000 A, the Motor Control Centers (MCC), the Power Control Centers (PCC), etc. In other words, the main links in the current distribution chain.

“Our distribution boards distribute the power further in the locks, to the drive cabinets, for example. They are responsible for the speed regulation of the lock gates, which are real heavyweights. The new lock, for example, has four doors, each weighing 500,000 kg. This requires a huge amount of power.”

“This huge amount of power is just one element of the complexity. The different specifications and standards of the Dutch waterways are a second factor. This is because the authorities impose specific requirements on electrical installations. This was all new to us. At first, I heard it thundering in Utrecht (laughs). So we had to seriously think about all the details.”

“The order of magnitude was also a challenge. The project involved a huge number of distribution boards. And I mean a lot: the three locks required a total of thirty running meters. It’s one of the largest projects I’ve supervised this year.” To give you an idea, it’s as long as a basketball court. And to put that into perspective, the new lock is 270 m long, 25 m wide and 6 m deep.

“The delivery took place in phases, depending on the progress of lock construction. Just when we thought everything was complete, an unforeseen circumstance occurred on site. It turned out that an overzealous technician had installed an HVAC tube where our distribution boards were supposed to be. So we had to think of a solution very quickly. We finally picked out a cell from one panel and put it in another place. It may sound simple, but it’s anything but,” concludes Alejandro. “The most important thing was that we were able to solve the problem quickly, so that the rest of the work could continue.”