Distribution panels for CERN
Drawer per drawer to a smart MCC

What is 250 meters high and can lift 5,000 tons? The answer is standing here looking majestic: the SGC-250, the world’s largest crane, both in terms of size and capacity. And what sets this giant in motion? Our control panels, of course. 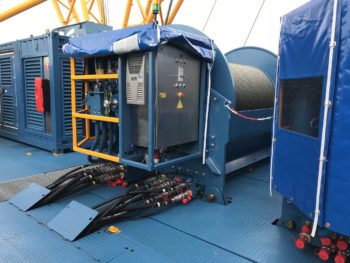 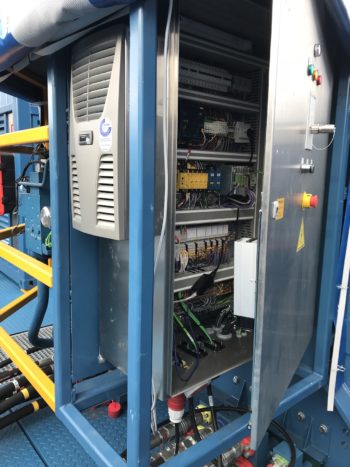 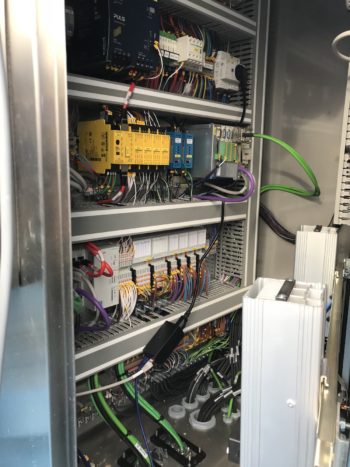 “We attended the crane’s official opening ceremony. It was the first time we had seen the total picture. It was awe-inspiring.” Project Manager Alejandro Jimenez and Account Manager Nick Carmans talk about the project. “Imagine the Atomium, but then twice as large. This gives you an idea of how tall the crane is when extended to its full length.” By the way, the SGC-250 is capable of lifting two Atomiums, weighing a total of 4,800 tons. That’s 200 tons under its maximum capacity.

“But without control panels, this crane is merely an inert object. We blew life into this mega construction, together with Z-Systems, a drive and control specialist. They took care of the software and integration, while we engineered and built the control panels.”

“Control panels are needed for each movement: one for each of the ten winches, which regulate the position of both arms through a steel cable. Operation must be extremely accurate, not because the crane lifts thousands of tons, but because everything must be correct down to the last millimeter. If the winches do not operate synchronously, this jeopardizes the stability. In addition to winching, there is also slewing, which means the rotating the crane. This requires four more panels. And another four panels are needed for lifting.”

“All these control panels are distributed over the entire crane.  Everything comes together in our master panel in the operator’s compartment. Six power packs provide the muscle power: 6,000 HP in total.”

CONTROL PANELS THAT DEFY THE ELEMENTS

“Naturally, the scale poses a challenge. Not to mention the fact that the control panels will have to cope with wind and weather on future sites. The PLCs, the programmable logic controllers, were not an obvious choice for us.  Z-Systems wanted to use Bosch, a brand we were not familiar with. This meant we had to do a lot of research.”

“Fortunately, our engineers don’t give up easily and they now know this brand inside out. But this meant a very intensive engineering phase.

“We were delighted to be able to work with Sarens again. We had already engineered and built control panels for their CS5000, a jack module with a capacity of 5,000 tons. That was also a tough job, but this crane is in a different category altogether,” say Alejandro and Nick decisively.

After an extensive test period, the SGC-250 will soon be moving from Belgium to the United Kingdom, where it will receive its baptism of fire: the construction of a nuclear reactor at Hinkley Point. 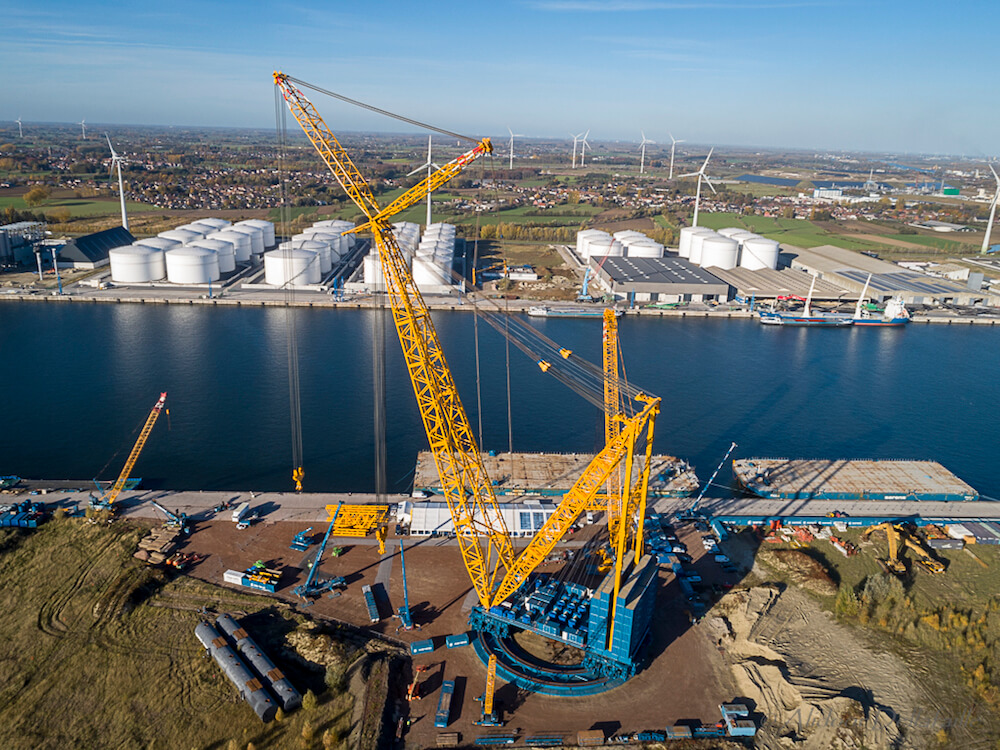 ABOUT THE CONTROL PANELS