Current distribution to and in ten prefab data centers
Buildings

Our distribution panels will soon be witnessing a big bang. Two ion beams will collide into each other at a speed bordering on the speed of light. The bang will generate enough data to keep the world’s most foremost scientists and data center busy for years on end. Our distribution panels will supply the data centers with the power needed to process the data produced by the ion explosion. Welcome to CERN. 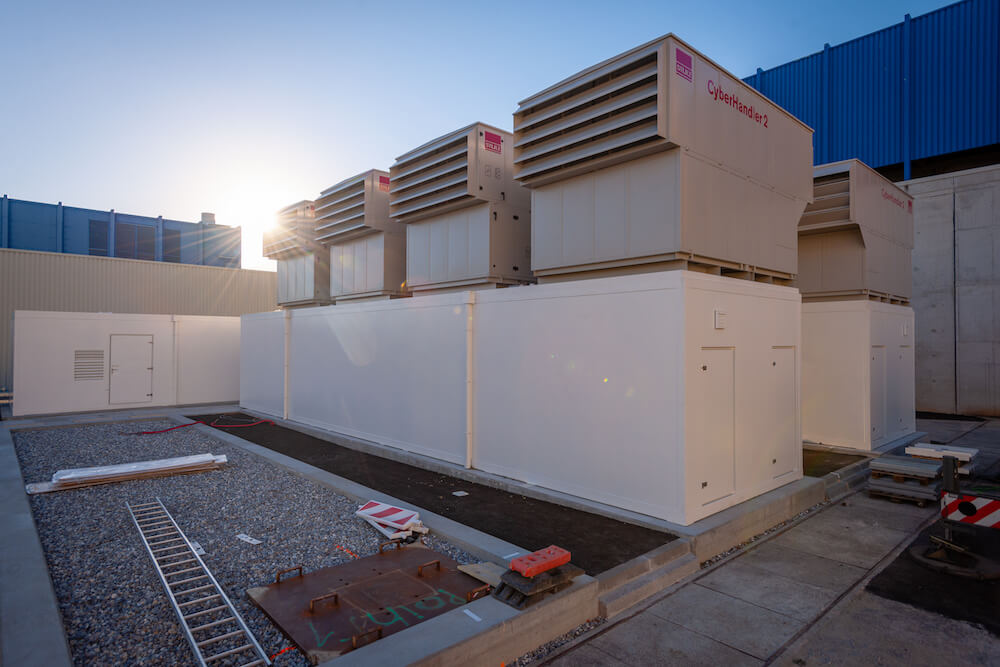 What are the building blocks of the earth and the Milky Way? What is the universe made of? The answers to these questions are being sought in Meyrin, a city near the Swiss-French border.  Well, not exactly in the city, but a hundred meters below it. This is the location of CERN, the European organization that is researching elementary particles: the smallest building blocks in the universe.

There is a 27-kilometer long circular tunnel under the ground. This tunnel complex houses a superconducting magnet and the Large Hadron Collider (LHC), the most powerful particle accelerator in the world. It moves mass particles to almost the speed of light and makes them collide into each other.

Scientists will be watching the collision like a bunch of disaster tourists, so that they can analyze how the particles explode.  They research how they behave under these extreme conditions, assisted by gigantic detectors.

These include A Large Ion Collider Experiment (abbreviated to ALICE), and LHCb, where the b stands for Beauty.

ALICE is a particle detector that examines what happens during the first few seconds of a big bang. You might say it’s like an underground telescope. The LHCb focuses on the beauty quark, a particle that contains more information on the differences between matter and anti-matter.

Even if an ionic bang only lasted for a fraction of a second, it would still generate an enormous amount of data. Each detector contains millions of sensors that conduct measurements every few nanoseconds. CERN keeps raising the bar higher, constantly striving to further optimize and expand its infrastructure.

Both the LHCb and ALICE will require more computing power for future experiments. This means that their data center will also need more capacity.

After CERN decided to expand, it chose to work with a Belgian company, Automation, which specializes in prefabricated data center modules. You might call it plug-and-play computing power. Automation engineers and builds the modules here in Belgium. At CERN, the main issue is to anchor them at their final location and connect them to the detectors. It is a swift and efficient way to save, analyze and mine data.

Automation in turn choose to use our distribution panels. “This is a unique opportunity. It is fantastic that two Belgian companies, have been chosen to work on the infrastructure of a world-class research center,” says Project Manager Chris Rasschaert. “Our contribution was the current distribution to and in the ten prefab modules, from the largest down to the smallest panel.”

“For this project, we started by making calculations for cables and short circuits. We conducted this study to determine the type and circumference of the electric cables from the transformer to the end user, as well as security. This let Automation wire everything before and after our panels beforehand, giving CERN everything they needed to connect the data centers correctly on site.”

“The assignment for LHCb and ALICE were about the same: for each project, there is one main unit that is subdivided into separate modules. Two transformers enter the main unit so that there is always a back-up. For each transformer, we engineered and built a main distribution board, an Okken from Schneider Electric. Schneider is a French brand, by the way. So CERN is a bit of a homecoming for our panels.”

“From there, it continues on to the panels in the separate data centers. We designed and built the distribution panels for each of the ten data centers. There were twenty Prisma panels in total. Inside the modules, our panels guarantee power for the data racks and utilities like light and ventilation. The latter is crucial. Each data center must have the right temperature in order to exclude the risk of overheating,” says Chris.

“The use of the ventilators can be monitored remotely using smart panels. In each main unit, we built circuit breakers with measuring instruments that measure the use of each separate module and pass on the data.”

“Finally, we also provided a PLC with sequential switches,” concluded Chris. “Imagine there is a power outage. And power is restored to all the data tracks simultaneously. You definitely don’t want a current peak like that. Our PLC excludes this scenario because it switches everything on again gradually.”

Automation is a partner for data storage and dealing with production processes. CTO Patrick Collet explains, “The mission of the Datacenter Facilities department, which is responsible for the SAFEs, is ‘Strong by Design’. SAFE stands for Secure, Autonomous, Flexible and Efficient. We translate the client’s needs to ensure innovative and energy-efficient solutions. CERN sets extremely high standards for quality, accuracy and innovation. Automation also sets incredibly high standards – both for themselves and for their suppliers, not to mention the distribution panels. This is how we found P&V, who had been Automation’s trusted partner for many years. The advantages that P&V contributes to this solution are: compactness, flexibility and co-engineering. This became evident when implementing the SAFEs.” 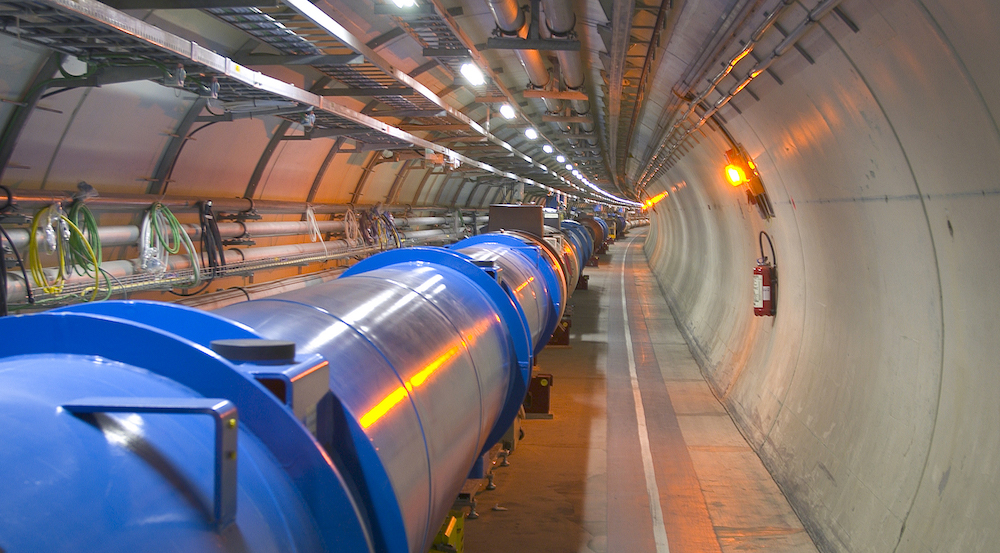